The above picture may be one of my favorite images captured in recent television history.

It was the 2019 Emmy awards show. The category, “Outstanding Direction in a Dramatic Series” was up, and Jason Bateman’s name had just been read for his work with the (Netflix) show, Ozark. The category was stacked with nominees like Game of Thrones (HBO), Killing Eve (BBC America), Succession (HBO) and The Handmaid’s Tale (Hulu).

At the moment it was announced that Bateman had one, the FOX television cameras cut to him for his reaction. What the viewer saw was an almost medieval-styled painting full of juxtaposition, irony, and layers upon layers of storytelling. Bateman’s face immediately forms to a sort of wearisome relegation, while every other face in the shot is full of delight, glee, and happy surprise.

I can almost hear Ron Howard’s voice narrating this moment for the actor who played Michael Bluth.

Once Bateman was on stage, he continued his almost reluctance to winning the coveted award. “Wow,” he deadpanned. “That is something.”

After seeing the photo online, and reading about what had happened, I quickly screengrabbed it and posted it online in one of my social media feeds: 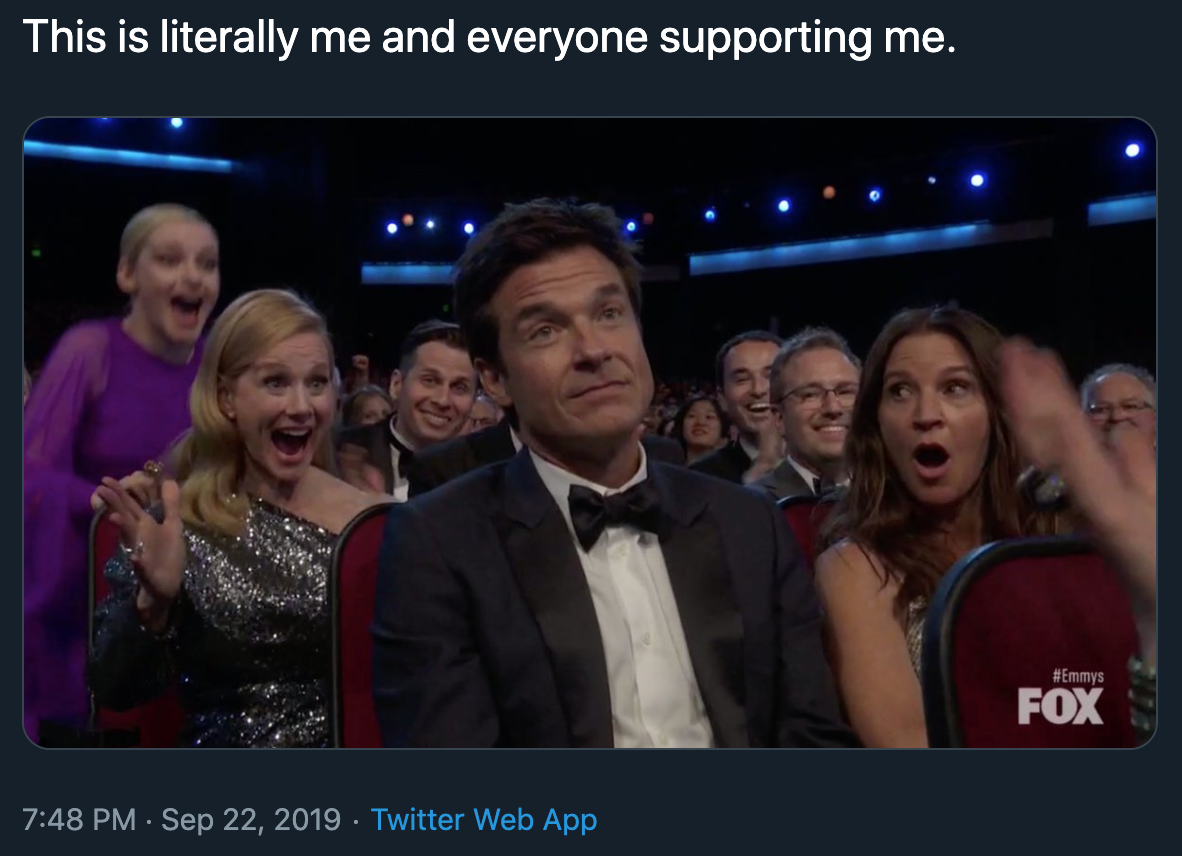 I’m not exactly sure where you are today. Maybe you are doing something new that is a little frightening for you. Perhaps you are grinding away at something that you have been for years, just waiting for the right opportunity to make a move. You could be tired, overwhelmed, and feel very alone. Maybe your day is full of joy that you feel guilty for having.

Whatever it is, I feel like you should hear this; there are people rooting for you. There are folks who notice you and what you are doing, and your success is very much something they are rooting for. You may not even know them by name, but they want you to find that thing in life that fulfills you, feeds your soul, and gives you a depth of life that you have often dreamed of.

You have a Jason Bateman crowd around you.