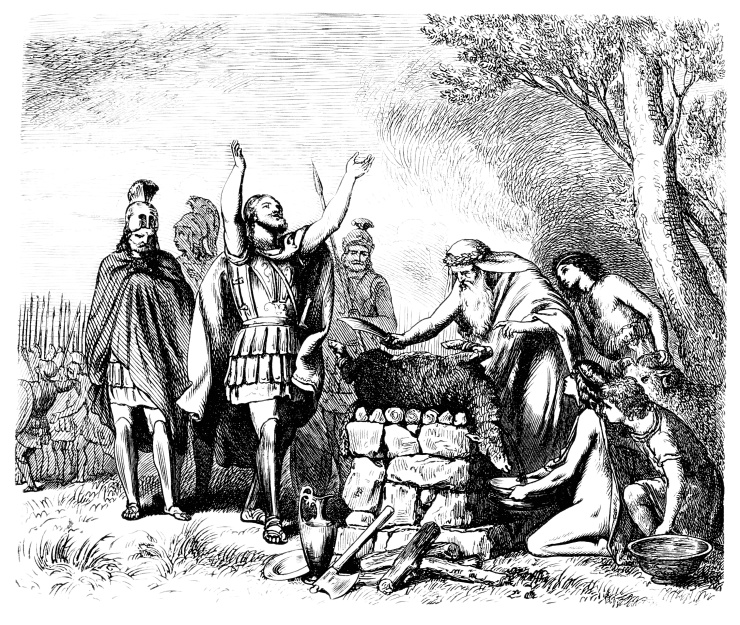 The haruspex was the trained expert in the Roman army who would determine whether the ‘gods’ would favor the military in their next battle. They did this by examining the entrails of a recently sacrificed (to the god Jupiter) animal.

No wars against the Samnites or Etruscans in my near future, so that’s terrific.

I have seen a change coming, though. It’s been on the radar for a while now. While I know it comes as a shock to no one, my natural habitat is not in the venerated sanctuary of a respectable congregation. My strength is in rubbing elbows with the suspicious, the doubters, and the jaded. My home is with the “maybes” and “perhaps”. I’m most at home with the non-religious because that is who I consider myself to be.

So, I’m making a professional pivot towards something more closely aligned with what resonates in my soul.

I’m still a pastor, I guess.

I don’t (and won’t) have a church building or a pre-established group of faithful adherents to any particular orthodoxy. I’ll be a pastor who goes to where good work is already happening in the city, and I’ll invite people to go with me. I’ll be a pastor who tells you exactly what my depression or anxiety is driving me to

I’ll be a pastor who goes to where good work is already happening in the city, and I’ll invite folks to go with me.

I’ll be a pastor who tells you what my depression or anxiety is driving me to not do today.

I’ll be a pastor who thinks your doubt makes you strong and that your anger is your spirit animal.

I’ll be a pastor who will be happy to tell you how I got to where I am, but not expect you to do as I did.

I’ll be a pastor who expects you to love the hell out of people.

I’ll be a pastor who knows he’s experienced privilege the majority of his life, and I’ll do my best to shut my mouth more and listen. I’ll be alright when you tell me I need to do that more.

I’ll be a pastor who doesn’t have it all together or all figured out, who acts like the sun is always shining, or like I’m some sort of big-box coffee shop barista who needs you to be, “chipper as I am chipper”.

I’ll be a pastor who lives in the grays, who wears mostly black.

At least, that’s what my guts are telling me.